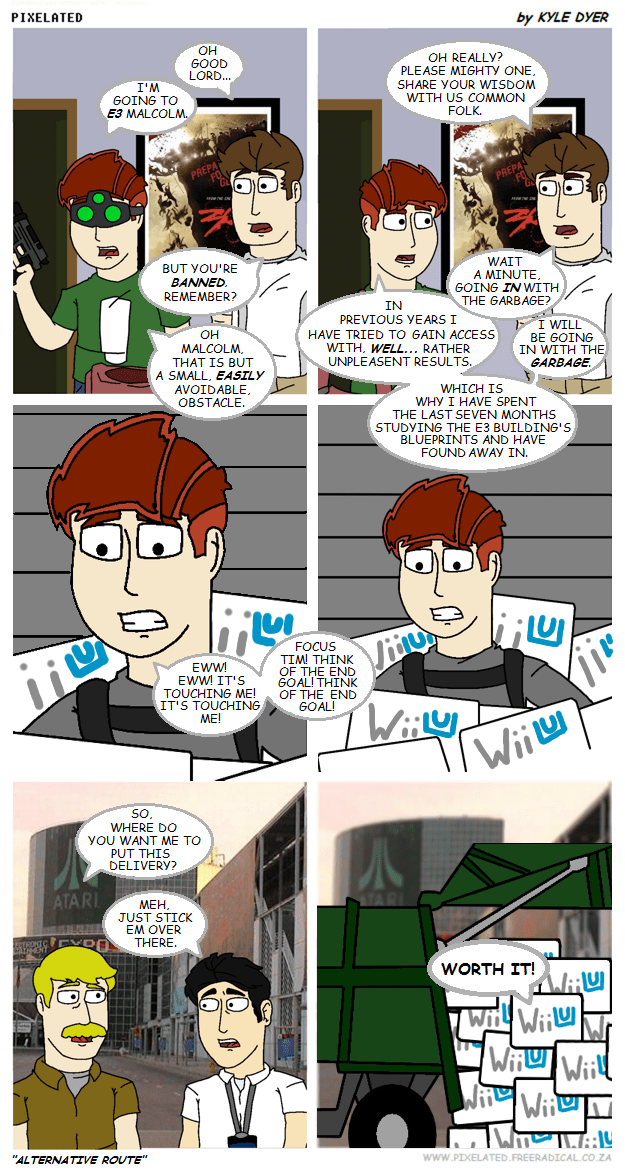 Due to the lack of power yesterday I couldn’t post this comic. But fear not tomorrows comic will be up on the right day, provided there’s power tonight. Also to make up for the lack of comic last week I present to you a six panel comic.

I will write something on E3 later, but if I have to sum it up… UNCHARTED!!!